You Are The Body Of Christ

This week we celebrate the Solemnity of the Most Holy Body and Blood of Christ (Corpus Christi). A few years ago, the Church of Ireland Bishops’ Lenten Appeal Project led with the caption ‘The Body of Christ has AIDS’. It intended to raise awareness of those living with and affected by HIV worldwide. Canadian sculptor Timothy Schmalz recently depicted Jesus as a homeless person. This raises the question for each of us: Who or what do I consider to be the body of Christ?

St Paul, addressing the Corinthians, says, ‘Just as a body, though one, has many parts, but all its many parts form one body, so it is with Christ … Now you are the body of Christ, and each one of you is a part of it.’ In the Acts of the Apostles we hear, ‘All the believers were one in heart and mind.’ There is recognition from the very beginning that it is only through community and in relationship with the other that we can be the body of Christ. Richard Rohr maintains that for St Paul ‘community is the living organism that communicates the Gospel message … No single one of us is the whole Christ.’ He says,

Paul does not make heroes of individuals, but it is precisely as members of the Body that they ‘shine like stars’ as ‘perfect children of God among a deceitful and underhanded brood’ (Philippians 2:15). Paul sees his small communities as an adequate ‘leaven’ by which God will eventually change the whole debauched Roman Empire.

It brings us to a realisation that, just as we care for each part of our body, we are obliged as part of the living body of Christ to care for all. Philip Yancey says, ‘the phrase “the body of Christ” expresses well what we are called to do: to represent in flesh what Christ is like, especially to those in need.’ We are reminded of the words of St Teresa of Ávila, ‘Christ has no body now but yours’, so beautifully expressed in song by John Michael Talbot.

This week, through the days set aside by the United Nations, we have an opportunity to give special attention to some of the very significant people who form the body of Christ; namely, children, the elderly, parents and the Earth itself. Let us, therefore, take up the invitation – and indeed our obligation as Christians – to be, on this Earth, the body of Christ. 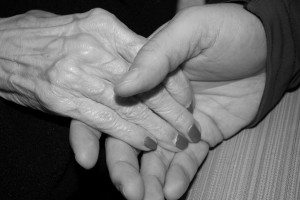 READ: The “Body of Christ,” for the Body of the Earth – William P. Brown

WATCH: I Am Light – India Arie

CONSIDER: Spend some quality time with the elderly. Get to know their story, their dreams. God says, “I will pour out my Spirit on all people. Your sons and daughters will prophesy, your young will see visions, your old will dream dreams” (Acts 2:17).