Everything is a caress of God

Significantly, this year, World Environment Day, invites people to go out into nature, appreciate its beauty, recognize its importance, and take forward the call to protect the Earth, our home. It calls for Connecting People to Nature.

Nature opens us up to and connects us to the Divine. ‘The beauty and grandeur of nature touches each one of us … nature is a constant source of wonder and awe. It is also a continuing revelation of the divine’ (Canadian Conference of Bishops, 2003). ‘The entire material universe speaks of God’s love, his boundless affection for us. Soil, water, mountains: everything is, as it were, a caress of God’ (Laudato Si’, 84).

Laudato Si’, Pope Francis’ encyclical on the care of the environment, emphasises the interconnectedness and interdependence of all creation. It obligates us to care for and protect the environment. ‘If the simple fact of being human moves people to care for the environment of which they are a part, Christians in their turn realize that their responsibility within creation, and their duty towards nature and the Creator, are an essential part of their faith’ (Laudato Si’, 64).

Protecting and caring for our environment cannot be done in isolation. Pope Francis calls for an integral ecology stating that, ‘We are faced not with two separate crises, one environmental and the other social, but rather with one complex crisis which is both social and environmental’ (Laudato Sí, 139). Martin Luther King Jr recognised this while leading the civil rights movement in the United States. He said ‘justice is indivisible’ because ultimately ‘we are tied together’. We are in relationship with each other and everything. 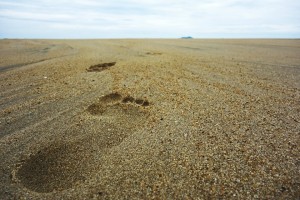 READ (and listen to): The Peace of Wild Things by Wendell Berry

WATCH: What a Wonderful World